I spawned where I left and decided I’d check the closest locations for possible vehicle spawns. I navigated through the woods to the road leading to Tulga and followed it until I reached the fields west of Tulga. I circled around the open field and approached the village from north. The zombies were spawning in so I decided I’d crawl in and see if the Škoda had respawned there. No luck and I now had all the zombies coming towards me. With nerves of steel I lied flat on my stomach behind a small fence as an armada of zombies slowly walked, crawled or hopped by. When the threat was no longer imminent I crawled out of the village and headed north towards a deer stand in the three valleys.

The deer stand didn’t offer too much, just some basic supplies. I then legged it to the barn in the next valley north and found one more clip for my revolver. I also found an Enfield and a Winchester but I decided to leave ‘em as I already had an AKM. From there I ran out to the north towards the comms tower and Solnichniy and picked up a couple of irritated zombies so I had to lose the tail before continuing.

I then headed west towards Dolina and planned to check the farm and the factory. I never got that far. As I entered the open field next to the farm I heard a shotgun go off quite near me and felt the pellets sink into my flesh. I quickly tried to shout “don’t shoot!” and scanned my surroundings, but the shots kept landing from an unknown location and after the third shot I was dead. 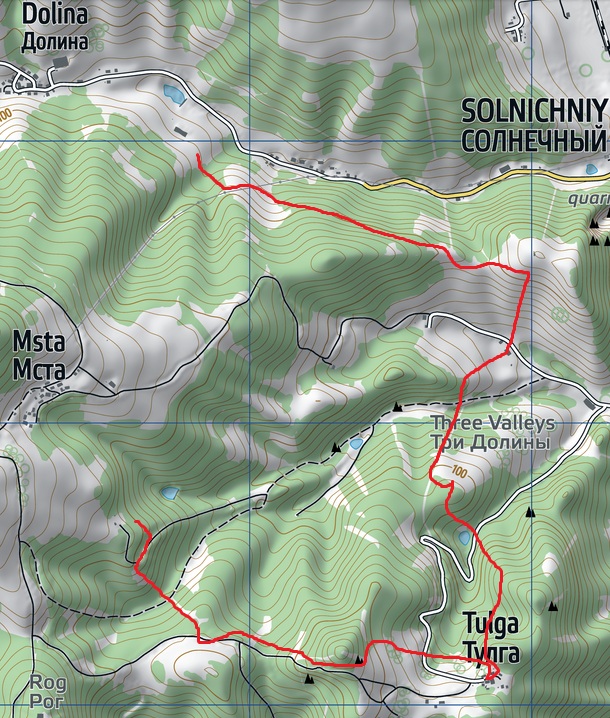 End of an era

I didn’t have anything really valuable but losing the survival gear pisses me off. Now it’s gathering it all before heading inlands all over again and I could’ve kept on going. I never wanted to shoot players and I always travelled with my revolver out to appear less of a threat but apparently my assailant didn’t think I should be left alive. So no more niceness in the sense of trying to appear friendly, now it’s guns out no matter what. You live and learn. Or die and learn in this case.

I'm a man with three passions (in no particular order, mind you): my family, cool gadgets (includes computers) and disc golf. I'm not too good with any of the mentioned, but I really do try. Honestly!
View all posts by Jussi →
This entry was posted in DayZ and tagged dayz, death, gun, image, map, survivor. Bookmark the permalink.