I reconnected next to the power line where I last left and headed inlands. I had long time ago decided that if I manage to survive long enough to get my hands on the basic survival gear I’d head inlands. Now I have everything I need to survive: water bottle, extra soda cans, bandages, a rifle and a sidearm, hunting knife, matches and a hatchet. These allow me to get food from game by slaughtering them and cooking the meat. The cooked meat also restores some of your blood so even if you get hit by zombies every now and then you should be fine. 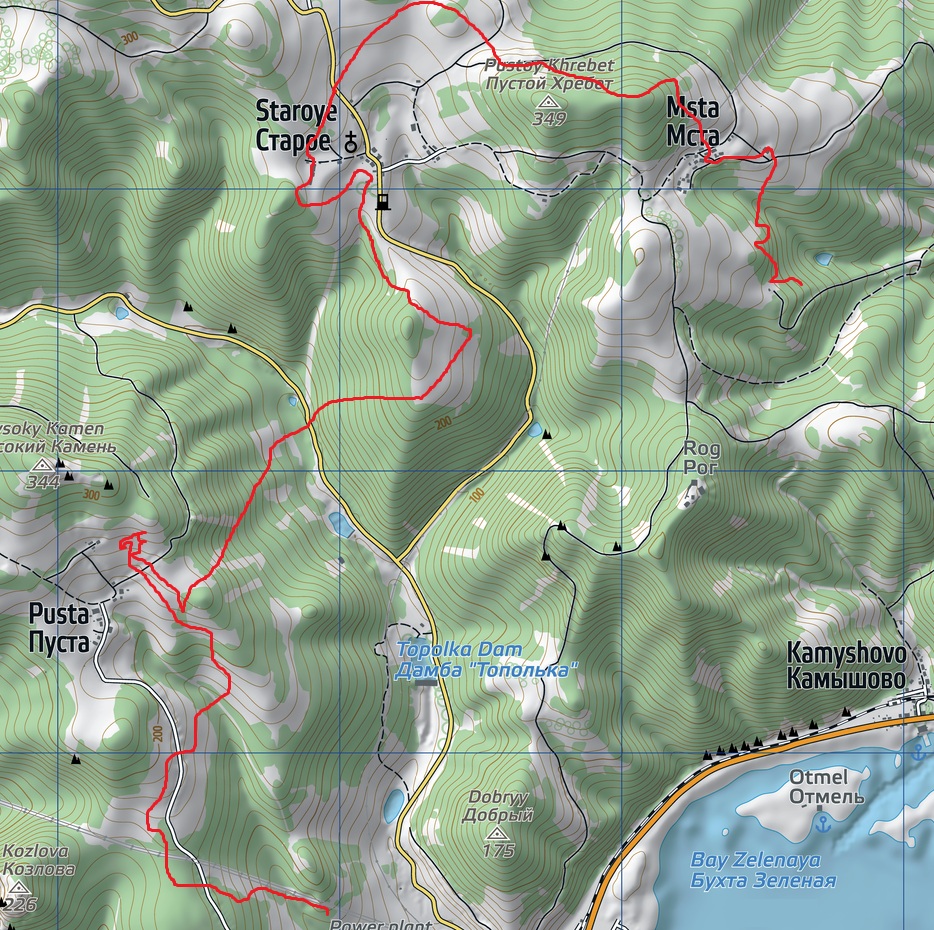 I had everything I need for making food except the game so it was time to go hunting while moving inlands. I found some rabbits while running around in the forest but decided to leave them alone as they’re fast and give only one piece of meat. I ran across any fields I could reasonably plot into my course on my way to Pusta and then to Staroye. I was also looking for helicopter crash sites in case I’d find some binocs, range finders, NV goggles or a better rifle. No luck though.

Finally on the outskirts of Pusta I spotted a cow or a goat in the distance grazing on the pasture northwest of the village. I approached the animal through the open and checked my surroundings for zombies and possible survivors and when I turned my eyes towards where the animal was last seen there was nothing but an empty field. What the hell? I moved closer and indeed there was no animal anywhere to be found. I ran around in the field hoping to find something else to eat when I spotted zombies spawning near the village. I guess it was my presence that made them spawn, but now I had to be more careful. Luckily I found a sheep and managed to gut it for six pieces of meat. At this point I was really hungry (food indicator flashing red) so I rushed into the woods, harvested some lumber to make a camp fire and cooked the meat. I was relatively exposed at this point but not knowing what’d happen if I let the food indicator keep flashing long enough I decided to take the risk. Nothing happened and I filled my stomach with fresh game, yummy.

Now I was truly ready to move forward so I decided to continue towards Staroye. I planned to go along the open fields and try to spot any heli crash sites and would also check all the deer stands I could find. I crossed the road between Pusta and Staroye carefully and moved uphill towards a big open field. I then approached Staroye and checked a couple of buildings there but didn’t find anything of interest. I had to shoot some of the zombies as they were becoming a bit too friendly. Can’t beat the cold shoulder, now can you

From Staroye I moved east towards Msta checking the fields and deer stands on my way. I managed to accidentally attract some unwanted zombie attention, but a couple of of 7.62mm bullets to the chest silenced the resistance and I could move on. From Msta I headed south and checked the barn in the village outskirts but didn’t find anything useful. I checked one more deer stand and an industrial loot spawn but nothing of interest came up. I’m still without binocs, range finder or NV goggles so I need to be very careful when moving in the open. Can’t scout too far ahear without binocs or range finders and moving in the night is sort of hard without the NV goggles. A bigger backpack would be nice also but I can manage with the current one. I think I’m carrying too much bandages so I might ditch some of them.

I decided it’s time to log off so I hugged a tree and disconnected. I haven’t decided yet if I’ll be going towards Kamyshovo, Tulga or three valleys. All of them have their pros and cons but I kinda need those optics so can’t be too picky. Also might join some finns later on and they might take me somewhere else than what I had planned.

I'm a man with three passions (in no particular order, mind you): my family, cool gadgets (includes computers) and disc golf. I'm not too good with any of the mentioned, but I really do try. Honestly!
View all posts by Jussi →
This entry was posted in DayZ and tagged dayz, image, map. Bookmark the permalink.