Well, this sucks. I woke up where I left and headed towards the planned barn. When I got there, I noticed two dead survivors being eaten by a zombie. I carefully approached the zombie from behind and gave his right temple a warm nickel-coated kiss. I checked my surroundings and took a closer look at the survivors. Holy camoley, they had some sweet loot! NV goggles, G17 with abundance of mags, all kinds of stuff. I went to the upstairs to check if there’s something usable when I see another player run into the barn. Shit’s about to get real.

He immediately starts checking the bodies and doesn’t mind the two zombies gnawing on his buttocks. I observe him and then he turns towards me, I don’t realize I’m holding my newly acquired G17 pointed at him and I hear a panicked scream on the voice channel. Turns out he’s a fellow finn trying to shoot a video with his friend and he was equally scared of me. We decide to stay in the barn and wait for his friend to arrive.

Soon the third guy turned up and we decided we’d head north to see if we can get me a better gun than the 1866. I certainly didn’t object getting help. While we were planning, the zombies had gathered in the barn and were wandering aimlessly. We tried to sneak past them, but I got caught and tried to get rid of the one harassing me. No luck, the zombie broke my leg, got me bleeding and unconscious. I could hear how the fellow survivors were a bit puzzled first and didn’t realize what was going on. When they did, it was too late, I was dead. I hope they looted my body as I re-spawned way across the map with no chance recovering the loot any time soon. 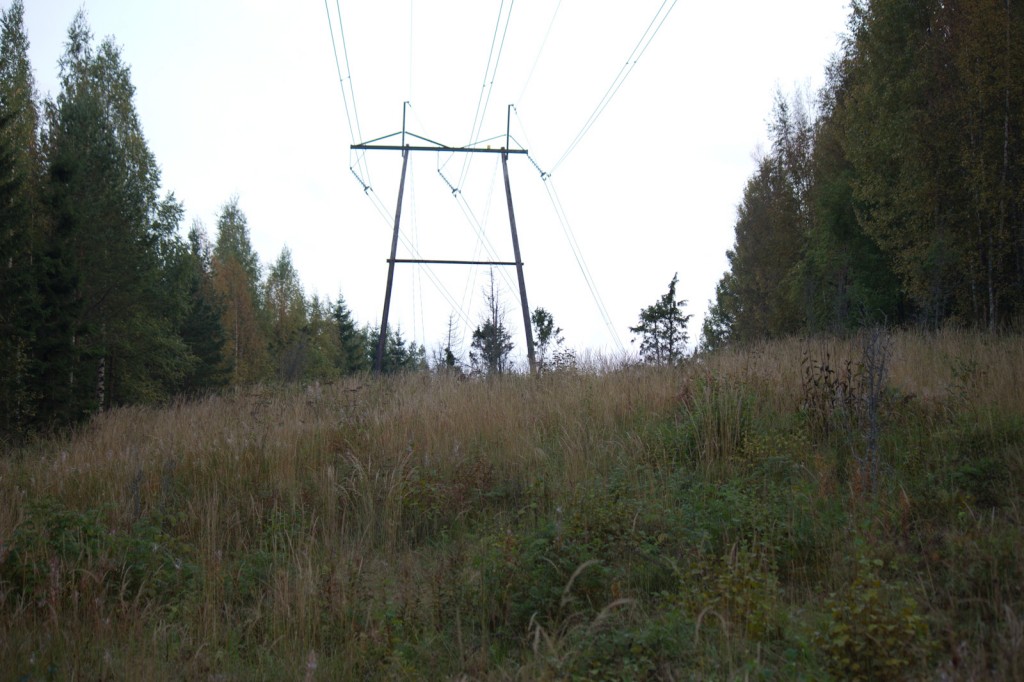 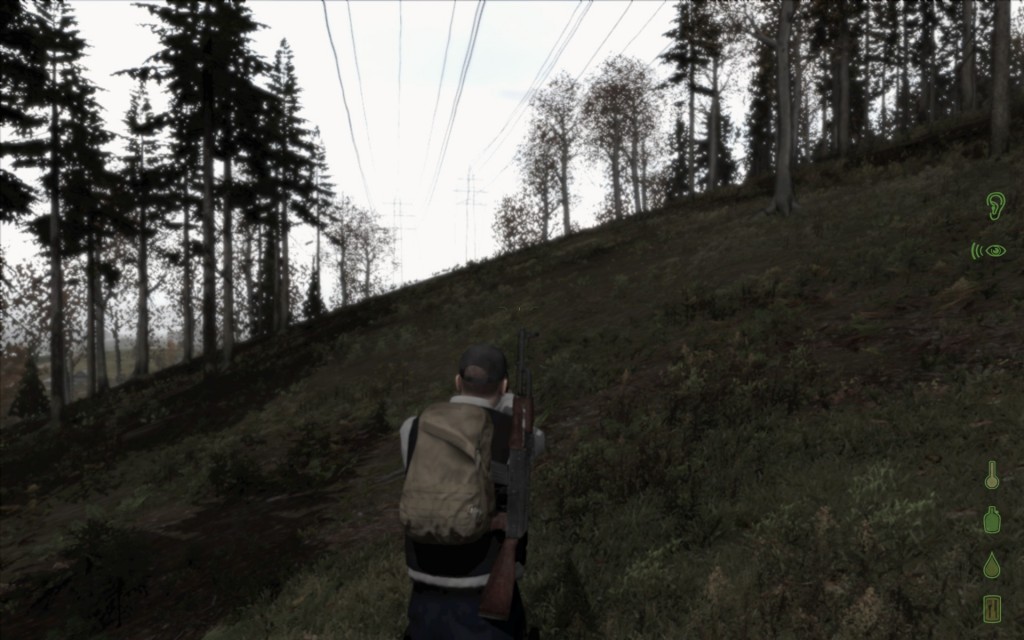 A screenshot from the game. Compare with the photo above.

This spawn was in Kamenka, a city  had’t seen before. A quick check on the http://dayzmap.com revealed some loot spots around my area, which I checked just to get my hands on a hatchet. I headed towards the Balota airstrip and checked the game towers while on my way. I was just about to enter the civilian hangars, when I saw another survivor zoom past me without realizing I was there. He was unarmed like me so I decided I’d follow him into the hangar and try to make friends. Turned out he didn’t hear much of my voice but was able to chat locally in English. We agreed to go shopping in Chernogorsk but on the way we got desynced and I lost him. I kept going towards the supermarket and checked the red bricked house on the way. Nothing but five or so zombies which luckily left me alone.

I went into the market and heard flies. Great, a dead survivor. Wonder if I’m gonna end up like him, as I had no idea what had killed him. Found binocs and some other stuff from the front and the body, so I then headed to the back. While looting in the back I hear footsteps from the front and checking the doorway I see zombies coming in. A survivor drew them with him and he was armed. I still had my hatchet and I kept my distance while trying to tell him not to shoot me on the local voice. No luck, he knee-capped me before he realized I was harmless, so there I was on the ground, bleeding, in shock and with a broken leg. I bandaged myself but I had lost so much blood that I had trouble hearing. I managed to hear he was sorry but I guess not too sorry to stay and help, as he zoomed away. I decided to see if I can find something to help with the leg and constant unconsciousness’.

I slowly crawled towards the fire station and finally got in, after going around because of a barricaded entry. Now, this might sound silly, but I actually trird getting into the tower. Crawling up the ladder isn’t the easiest task, when you have no space in the corner to turn and you can’t walk because of a broken leg. I did manage to drag my butt to the second floor, but the third floor turned out to be too much. I fell from the stairs on my stomach, went into a shock and bled to death. A valorous end in a puddle of blood, lying flat on my face.

I think I need to stop being so careful in the beginning and just rush into some place I know to have loot. I might drag half the zombie population with me but who cares as long as they’ve got weapons and I don’t?

I'm a man with three passions (in no particular order, mind you): my family, cool gadgets (includes computers) and disc golf. I'm not too good with any of the mentioned, but I really do try. Honestly!
View all posts by Jussi →
This entry was posted in DayZ and tagged dayz, death, gun, image, survivor. Bookmark the permalink.